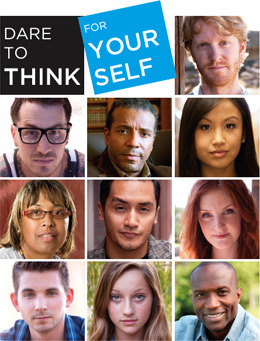 Life as a Game

Life can best be understood by likening it to a GAME.

Since we are exterior to a great number of games, we can regard them with a detached eye. If we were exterior to life, instead of being involved and immersed in the living of it, it would look to us much like games look to us from our present vantage point.

Despite the amount of suffering, pain, misery, sorrow and travail which can exist in life, the reason for existence is the same reason as one has to play a game—interest, contest, activity and possession. The truth of this assertion is established by an observation of the elements of games and then applying these elements to life itself. When we do this, we find nothing left wanting in the panorama of life.

By game we mean “contest of person against person, or team against team.” When we say games, we mean such games as baseball, polo, chess or any other such pastime.

It may at one time have struck you peculiar that men would risk bodily injury in the field of play, just for the sake of “amusement.” So it might strike you as peculiar that people would go on living or would enter into the “game of life,” at the risk of all the sorrow, travail and pain, just to have “something to do.” Evidently there is no greater curse than total idleness. Of course, there is that condition where a person continues to play a game in which he is no longer interested.

LIFE IS A GAME.

A game consists of FREEDOM, BARRIERS and PURPOSES.

There is, of course, the matter of being forced to play games in which one has no interest. A war into which one is drafted is an excellent example of this. One is not interested in the purposes of the war and yet one finds himself fighting it. Thus there must be an additional element.

And this element is the POWER OF CHOICE.

One could say, then, that life is a game and that the ability to play a game consists of tolerance for freedom and barriers and an insight into purposes with the power of choice over participation.

These four elements—freedom, barriers, purposes and power of choice—are the guiding elements of life. There are only two factors above these and both of them are related to these. The first is the ability to create with, of course, its negative, the ability to uncreate. And the second is the ability to make a postulate (to consider, to say a thing, and have it be true).

This, then, is the broad picture of life. And in bringing life into focus and in making it less confusing, these elements are used in its understanding.

This article is excerpted from Scientology: The Fundamentals of Thought by L. Ron Hubbard.

prev
Strong Voices in the Land
©1996-2020 Church of Scientology International. All Rights Reserved. Freedom is a trademark and is used with its owner’s permission.